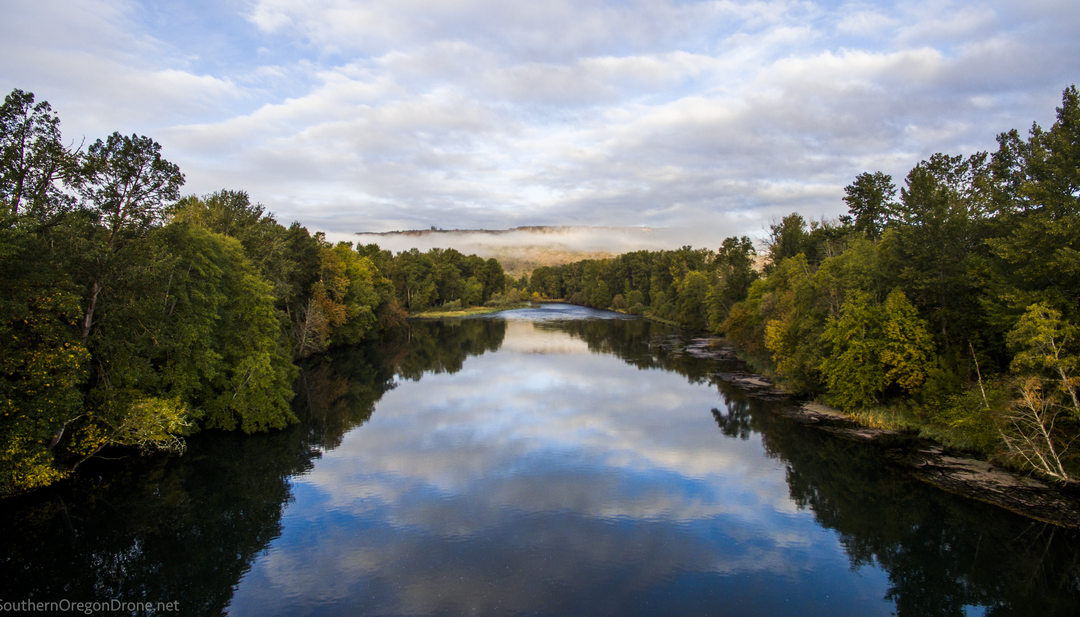 Sport fishermen can plan on bountiful fishing year round in southern Oregon’s Rogue River, where King salmon and steelheads are always plentiful and ready for a fight. The river runs from Oregon’s Crater Lake on out to the Pacific Ocean, and there are countless places to fish along its 215 miles of accessible waters.

Chinook or King Salmon, Oregon’s official state fish, embark on two seasonal runs on the Rogue. Spawned upriver in the early spring months, spring Chinook or “springers” begin to leave their natal waters for the saltwater environment of the Pacific as early as March and on through July. These aggressive fighters can be found in abundance in the Upper Rogue in Shady Cove and in Medford. Grants Pass sees peak numbers of springers in May.

Of course, the big run is from late August through November when adult Chinook return to the lower Rogue Canyon for the annual upstream migration. Located near the mouth of the Rogue River, Gold Beach, with its tranquil waters, is a prime fishing location for these huge salmon as they stack and prepare for their nearly 150-mile upstream push. These babies can weigh upward of 70 pounds and will give you a run for your money, but smaller, more manageable Coho salmon also arrive in these waters as the months begin to cool.

You can find excellent guided fishing tours for Chinook from July through September in the Upper and Middle Rogue in Shady Cove, Medford, and Grants Pass.

Much like Chinooks, steelhead trout also participate in two seasonal runs, and Shady Cove and Medford remain a great location for steelhead fishing from January through April and then again from July through December. If you’re looking for a fly-fishing expedition with amazing aerial leaps and tremendous fights, then a guided tour for these saltwater-bound rainbow trout is a must-have experience. Winter steelheads generally do not migrate until they are close to maturity, so in turn they tend to run larger. This means that if you have your heart set on catching this bigger game, you’d best be prepared to weather the cold.

Steelheads tend to hide out under ledges and rocks for cover, so anglers on their own looking for a good fishing spot should seek out riffles where larger stones collect. Excellent fishing spots can be found in TouVelle State Park, Cole Rivers Hatchery, McGregor Park, and Givan Park, all four in the vicinity of Medford.

Visit our pages for the following topics:

This site uses Akismet to reduce spam. Learn how your comment data is processed.